The story of Tula

In the 60s and 70s, the commercial trade in orcas for aquaria started in the waters around Vancouver Island. During this period, dozens of orcas were captured and sold to parks around the globe. One of these orcas was Tula, a young orca whose life took a dramatic turn on July 18, 1968. He had the dubious honor to be the first live orca that crossed the Atlantic Ocean in an airplane.

A pod of nine orcas was captured by local fisherman Aaro Palo in the Queen Charlotte Strait near Malcolm Island on July 18, 1968. The larger individuals managed to escape, but a smaller orca remained inside the net and was towed to a harbor. Palo could not immediately find a buyer for the orca. When he was about to release the orca, he got a call from Jerry Mitchell, owner of Marine Mammals Inc. in San Diego. Mitchell was interested in the four meter long orca with a weight of 1000 kg. He bought the young animal for $7.500. He then sold the orca for $16.000 to the Dolfinarium Harderwijk in the Netherlands, under the condition that the orca would arrive well. The orca was named Tula, after the town Sointula on Malcolm Island. 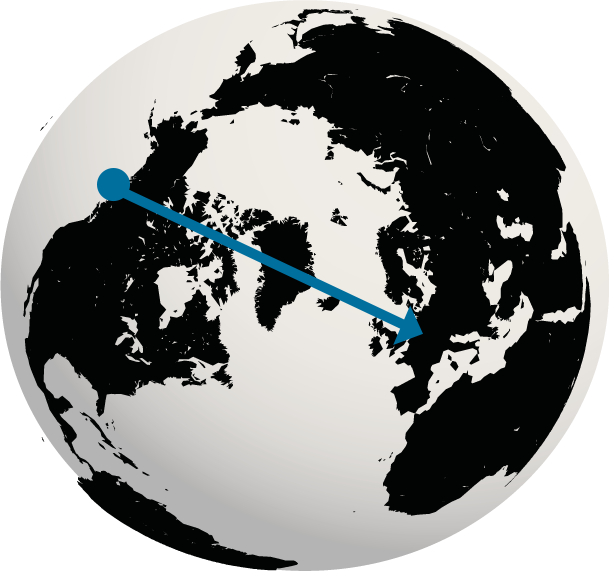 Tula was picked up in August 1968 by Dr. Dudok van Heel, biologist and curator of the Dolfinarium. The journey started in the morning of August 14, on the northern side of Vancouver Island. Tula was transported in a sling that was placed in a rack of pipes. During the trip, Tula was kept wet with sponges and sheets. He was transported to Nanaimo over land, followed by a crossing over seas to Seattle by boat. But the ferry was delayed and the flight in Seattle was missed. Eventually, another plane transported Tula to Schiphol Airport in the Netherlands. The last part of the journey, from Schiphol to Harderwijk, Tula was moved by truck.

Arrival after a long journey

Tula arrived in Dolfinarium Harderwijk on Saturday night, August 17. At quarter past one at night, Tula was placed in the water of the tank. The total journey took more than 60 hours, a day longer than expected. At arrival it was visible how Tula’s skin was peeling off as a result of the long transport out of the water. Tula was placed in one of the back pools of the newly build ‘Koepel’ (Dome), but he was not directly interested in the fish that was offered to him. Tula started to move more freely when he got company of a female bottlenose dolphin, named Mamalou.

In the first weekend, Tula drew a lot of visitors to the Dolfinarium. Soon, Tula would eat out of the hand of a trainer. First, he was fed salmon, but this was replaced by less expensive mackerel. The training of Tula started. Tula was trained to jump to a ball that was placed two meters above the water surface, and he also learned to slide out on the side of the pool to receive a fish from his trainer. The visitors of the Dolfinarium could watch Tula’s training in the fifteen minutes prior to the show with the bottlenose dolphins. 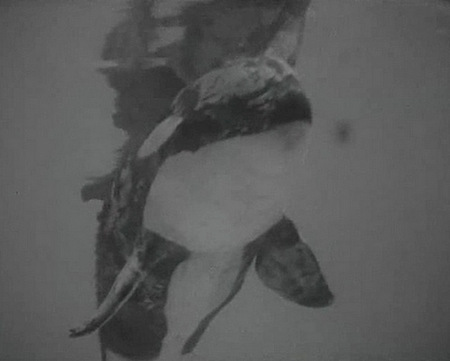 “Tula was the first live orca that was transported over the Atlantic Ocean by an airplane, and he was also the first orca on display in an European zoo.”

The plan was that Tula would join the show in the following year, but that never happened. Tula died on a Wednesday evening on October 23, 1968. Tula was fed at half past seven that evening, but one and a half hour later, a night guard found Tula dead on the bottom of the pool. A necropsy was conducted by the University of Utrecht, and revealed a brain hemorrhage and a ruptured blood vessel. Also, a fungal infection was found on this kidneys. For a long time, it was thought that Tula was a female, but during the necropsy, male genitalia were found. 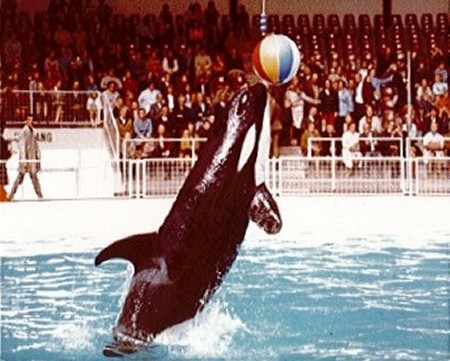 Tula was probably a Northern Resident orca. The area where he was captured is regularly visited by orcas of this population in the summer months. Tula also had a open saddle patch, which is a characteristic seen in this population. Tula was the first live orca that was transported over the Atlantic Ocean by an airplane, and he was also the first orca on display in an European zoo. After his death, Tula’s skeleton was displayed for some time at an exhibition about whales in the Dolfinarium.