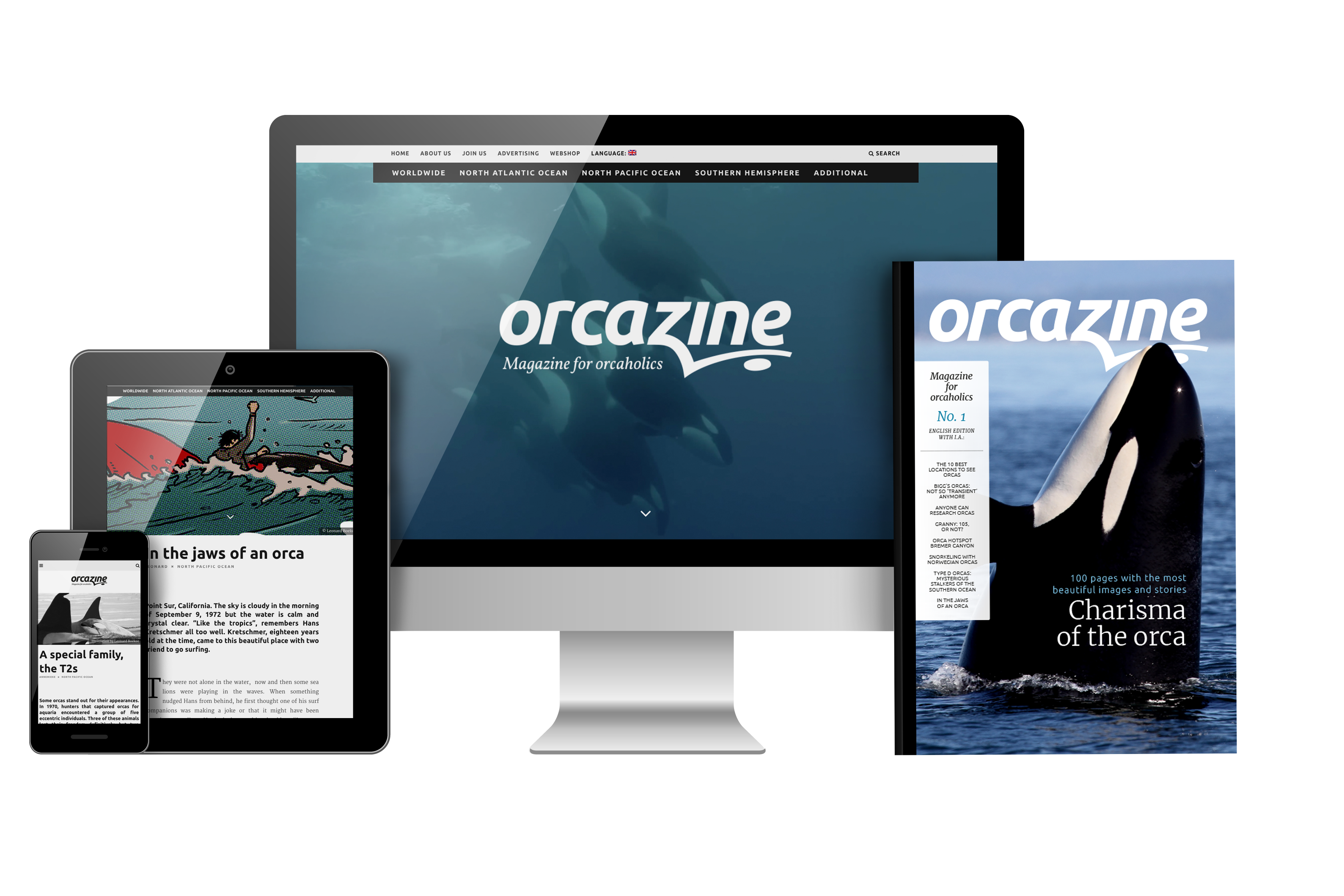 From feared and hated to loved, honored and admired. Mankind has been fascinated by orcas for centuries. And now there is a magazine about these magnificent animals. Created for people and by people who want to share their passion for orcas and their habitat with the rest of the world.

Orcazine is an unique and independent platform that is available worldwide in English and Dutch. Orcazine is an online blog that can be read for free on all devices. Orcazine is also available as a magazine and Kindle e-book on Amazon. As a private, non-commercial initiative, Orcazine totally depends on volunteers and sponsors. Therefore, your help is welcome.

Our audience
We are a magazine for ‘orcaholics’, but we also like the reach out to a wider audience. Therefore, our audience consists of a very diverse group of people. Young and old, different levels of education, male and female. All have one thing in common: an interest in orcas.

We divided our articles in five categories:

The categories are constantly updated with new blogs on various topics, such as information about a specific population, trip reports and special events. When we reach a comprehensive collection of articles, it is expected that Print-on-Demand magazines will be released.

Our chief editors are:

Article are written by other authors as well. For images, we are also often dependent on the cooperation of organizations and other people. And of course we cannot forget the help of our translators.

What does Orcazine think about orcas in captivity?

To avoid misunderstandings and rumors, we as editors summarize in a number of key points what we think about orcas in captivity and how we deal with it in Orcazine.

In short, this is our point of view regarding orcas in captivity. We know that sometimes it is very difficult to make an objective evaluation. Marine parks and anti-captivity organizations each have their own, perhaps selective interpretation of the facts that can result in miscommunication and people do not just agree with each other. Our opinion that is mentioned above is based on our own intuition. But especially on the vast knowledge and experience from many respected people who have dedicate their lives to research on orcas and who like to share it respectfully with everyone who loves orcas, in whatever situation they may find themselves.

It is not possible for us to satisfy everyone, because there are such divergent opinions about captivity. We respect different opinions and hope that future readers will respect our position and will also enjoy the website and the magazine.